A Response to “There Is No Financial Fraud Personality Type”

By  Sridhar Ramamoorti and Barry Epstein

We thank Jeffrey Borenstein and Arthur Radin for reading our articles carefully and preparing their response. We believe, however, that they have substantially misunderstood our argument and have underestimated the risk dark triad (DT) personalities pose to corporate America and society. Specifically, they assert that we have postulated that DT personalities are the necessary condition for the occurrence of business fraud.

We made no such claim, however. We only suggested that the Cressey Fraud Triangle is incomplete and that those exhibiting any of the DT personalities are more likely to commit or condone fraud. On the other hand, even a DT personality confronted by effective internal controls would be prevented or dissuaded from attempting fraud, as such controls reduce or eliminate the “opportunity” vertex of the Cressey Fraud Triangle and increase the probability of being detected. Besides underscoring the importance of controls, our thesis is that the auditing profession should do more to educate auditors, plan and review audits, and possibly engage specialists, in order to reduce the audit risks exacerbated by the presence of DT types in management and leadership positions.

Furthermore, we never claimed there exists a specific “financial fraud personality type”—not every white collar criminal is a DT type, and every DT type does not necessarily commit white collar crime. Rather, by citing proliferating research on the risks posed by DT personalities, we merely contend that auditors should consider the “DT personality risk” in the same way that paragraph 85 of SAS 99/AU-C 240, Consideration of Fraud in a Financial Statement Audit, requires auditors to consider “domineering management behavior in dealing with the auditor” and other personality risk factors.

Determining audit risk is a central element of any audit, constrained neither by laws of libel nor standards of the psychiatric profession. If personality assessments can be useful in more accurately assessing audit risk, then they must be pursued, not only to protect the audit profession’s reputation, but also to benefit society.

Borenstein and Radin claim that because Machiavellianism is not formally defined as a personality disorder in the American Psychiatric Associa tion’s (APA) Diagnostic and Statistical Manual , it should not be considered relevant. It is, however, very much part of the DT specification, as well as the empirical findings supporting the existence of this personality type. The specific traits that constitute Machiavellianism have been well elucidated and, even more importantly, can be observed or measured by extant interview schedules and other means. It makes eminent sense to make efforts to detect Machiavellians in our midst (particularly in positions from which fraud or asset theft could be perpetrated) and makes no sense to ignore it.

Whether the psychiatric profession considers the DT personalities to have criminal predispositions is beside the point, for if the auditor concludes that their presence heightens fraud risk in any way, that conclusion must be factored into the fraud risk assessment according to professional standards. After all, the assessment of risk factors is the auditor’s prerogative. Auditors cannot, after the fact, cite the APA’s position as a valid defense for ignoring the behavioral characteristics of DT types if fraud occurs.

Risks flowing from the presence among client management of DT personalities have not gone unnoticed by others, even if auditors have not previously addressed the topic. A Federal Bureau of Investigation Bulletin from 2012 carries the title, “Psychopathy: An Important Forensic Concept for the 21st Century.” Clive Boddy, in his 2011 paper in the Journal of Business Ethics, lays the blame for the global financial crisis squarely on DT personalities. The incidence of psychopathy among males is between 1 and 2% in the general population, but once “almost-psychopaths” are also included, Harvard psychiatrist Ron Schouten, relying on research by Paul Babiak and Robert D. Hare, argues that the proportion among corporate executives may well exceed 10%, in part because they are attracted to thrill-seeking, extreme risk-taking, and money. If indeed 10% of corporate executives share any such traits, the audit profession can scarcely afford to ignore this fact.

We recognize that grappling with DT issues will be challenging for auditors, who first must become educated in matters never previously addressed, and then deal with the likely contentiousness of clients in order to extract insights necessary to making the related risk assessments. DT personalities can be very difficult, which may necessitate departing from such typical practices as the commonly observed assignment of junior auditors to conduct rote internal control interviews. Fundamental changes to audit planning and staffing actions may well be needed. One does not send the lamb to question the lion.

To presume that white-collar crimes are random or accidental, thus rationalizing the continuing failure to deal with DT personality risk factors, is to tolerate the present incidence of audit failures and to bet against the likelihood of further instances.

Even accounting academic research is becoming curious about how DT personalities may potentially exert a pernicious influence on financial reporting and auditing; several studies posit that CEOs and CFOs may possess DT personalities, with one finding that psychopathy was the trait most strongly linked to bullying behaviors, followed by Machiavellianism and narcissism. There is evidence of CEOs pressuring CFOs to cook the books, and the Miller & Rittenberg 2015 study on the politics of internal auditing reported in the Wall Street Journal suggests that internal auditors are frequently pressured not to audit risky scenarios. Whistleblowers frequently talk about having been bullied into silence or threatened with retaliation. Furthermore, the Sarbanes-Oxley Act of 2002 (SOX) and the Dodd-Frank Act of 2010 contain provisions making retaliation against whistleblowers illegal. Lying to auditors is another concern, which is why SOX section 303 explicitly makes it illegal.

The Dark Triad Is about Personality and Behavioral Characteristics

Why They Do It

Borenstein and Radin assert that there is no support they know of for the idea that personality issues are a significant cause of financial dishonesty. They cite Eugene Soltes, author of Why They Do It: Inside the Mind of the White Collar Criminal, as expressing the belief that many of the white collar criminals that he interviewed were good people who made mistakes, either inadvertently or by finding themselves in a difficult position from which they did not know how to escape, and that, in general, the perpetrators did not exhibit any DT characteristics.

Soltes in fact cites Ramamoorti’s research twice in his book, discussing dark triad personalities, especially psychopathy, with the statement, “To the extent that corporate misconduct harms both investors and employees, it would not be entirely surprising to find a correlation between having a lower level of empathy and an individual’s propensity to engage in corporate misconduct” (p. 61, emphasis added). Borenstein and Radin selectively quote from the book, ignoring that Soltes accepts psychopathy as a relevant construct; they again imply that we claimed that an ironclad linkage exists between DT personalities and the occurrence of fraud, which we did not do. We talk about probable cause and correlation, not certainty.

Corporate Psychopathy and Its Consequences

Several positive traits (e.g., communication skills, persuasiveness, displaying greater strategic thinking) of successful leaders are also possessed by DT personalities. In addition, as reported by U.K. journalist Brian Basham, investment banks (and perhaps other types of businesses) have aggressively been recruiting DT types for several years now. Specifically, Basham quotes a senior U.K. investment banker as saying, “At one major investment bank for which I worked, we used psychometric testing to recruit social psychopaths because their characteristics exactly suited them to senior corporate finance roles.” DT types are hired because of their nature, then nurtured and incentivized to take reckless risks; should we then be surprised at the bad behavior that sometimes results? This is the key point made in our November 2016 CPA Journal article.

We agree that drawing an empirically justified correlation between DT personalities and white collar crime is difficult and may not be feasible in the short term. Nevertheless, many research papers seem to concur that psychopathy is much more prevalent in corporate management than among the general population. Certainly, the Wall Street financial crisis was not brought about by executives who, as Soltes says, “were good people who made mistakes, either out of their inadvertence or their finding themselves in a poor position from which they did not know how to recover.” To presume that white-collar crimes are random or accidental, thus rationalizing the continuing failure to deal with DT personality risk factors, is to tolerate the present incidence of audit failures and to bet against the likelihood of further instances of such crimes in the future. For example, the potentially DT personalities in Enron’s leadership ranks (e.g., Andy Fastow, Jeff Skilling) should have been screaming red flags. The auditing profession can and must improve its performance by making use of the most up-to-date tools and techniques, including risk assessments that are responsive to DT personality factors.

Revisiting ‘The Myth of Independence’

Regarding CPA Exam Performance and…

The Responsibilities of Audit Committees

Letter to the Editor: TCJA…

The Reality of Blockchain and…

Changes in Financial Accounting for…

The Reality of Virtual Currency 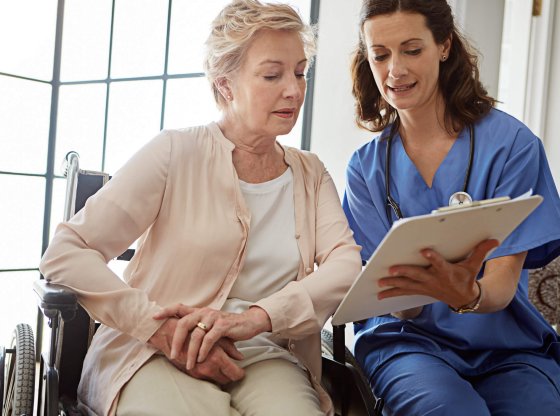 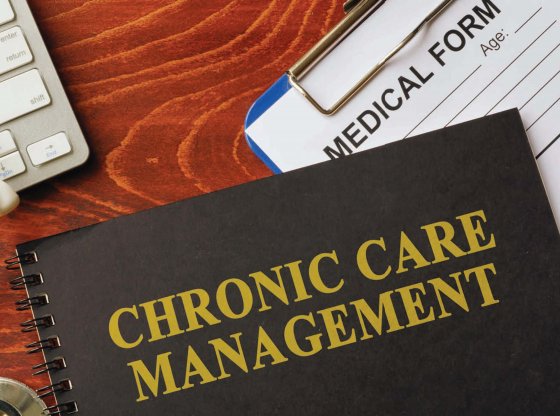 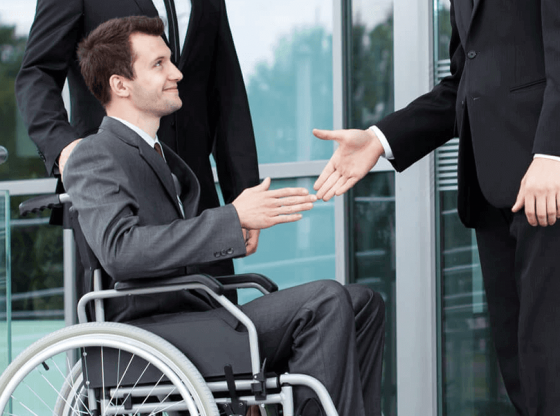 Creating Synergy Between Academics and…

What’s Wrong (and Right) with…

Sustainability: A Unique Opportunity for…

Auditors Are Fiduciaries, but in…

Preparation Services and the CPA’s…

Independent Auditors Are Not Fiduciaries